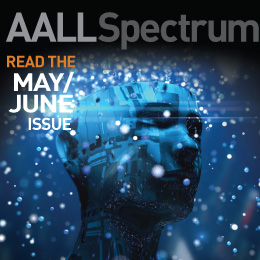 Who’s Who in the New Congress
Yesterday, 13 new senators and 58 new members of the House were sworn into office for the start of the 114th Congress. Senator Mitch McConnell (R-Ky.) took the reins as Senate Majority Leader, while Representative John Boehner (R-Ohio) survived a leadership challenge to his role as Speaker of the House. After last fall’s electoral victories, Republicans control both chambers of Congress. In the House, the GOP possesses 246 of the chamber’s 435 seats, its largest majority since the 1940s. In the Senate, Republicans hold 54 seats to the Democrats’ 44, plus two Independents.

This Congress is a little less lawyerly than the last: the National Law Journal reports 160 members of the House of Representatives and 53 members of the Senate have law degrees. At the beginning of the 113th Congress, 169 members of the House and 57 members the Senate possessed JDs. Of the newly-minted members of the 114th Congress, four senators and 16 House members are lawyers, including “solo practitioners and big firm partners, statehouse mainstays and a stay-at-home-mom-turned-school-administrator, lobbyists and businessmen, and military veterans from four armed services.” Meanwhile, Senator Chuck Grassley (R-Iowa) has become the first non-lawyer to chair of the Senate Judiciary Committee in its 198-year history.

Now that the 114th Congress has officially begun, we’re turning our attention to advancing policies that support the profession of law librarianship. Guiding AALL’s work is the Public Policy Priorities for the 114th Congress, which outlines the Association’s policy goals for the next two years. Developed with input from the chairs and vice chairs of the Copyright Committee, Digital Access to Legal Information Committee, and Government Relations Committee, as well as members of the Government Policy Advisory Group, the Public Policy Priorities are divided into five areas: Access to Government Information, Access to Justice, Balance in Copyright Law between Rights Holders and Users, Commitment to Openness, and Protection of Privacy. As the work of this Congress picks up, stay tuned to the E-Bulletin to learn more about our progress in these areas and how you can help.

The contents of the FCC’s new rules have not yet been disclosed, but many suspect they will be stronger than the proposal released last year that would have allowed Internet “fast lanes.” In recent weeks, calls on the FCC to reclassify Internet service as a telecommunications service have reached a fever pitch. President Obama made clear the White House’s support for this approach in November 2014, calling on the agency to set the “strongest possible rules” to protect net neutrality. AALL called for the reclassification of broadband under Title II in our July 2014 comments to the FCC. Content providers like Netflix and Google have since expressed their support, while major ISPs like Comcast, AT&T and Verizon oppose reclassification.

Members of Congress will surely insert themselves in the debate over net neutrality this year. Senator Patrick Leahy (D-Vt.) and Representative Doris Matsui (D-Calif.) plan to re-introduce the Online Competition and Consumer Choice Act this week. The bill would prevent ISPs from charging content providers more money for faster service. Meanwhile, Republicans including House Speaker John Boehner broadly oppose net neutrality, particularly the Title II option, out of concern that new rules could discourage investment. However the FCC decides to rule, they are likely to face criticism and legislative or court challenges.

Nominations for PAGI and Oakley Advocacy Awards due February 1
AALL’s Government Relations Committee is collecting nominations for the 2015 Public Access to Government Information (PAGI) and Robert L. Oakley Advocacy awards. If you would like to nominate an individual or group for one or both of these prestigious awards, please send your nominations to Government Relations Committee chair Leslie Anne Street by February 1, 2015. More information about these prestigious awards is available on the Washington Blawg.

Save the Date: March 18 Lobby Day
Registration is now open for AALL’s third annual Local Advocate Lobby Day on March 18 in Washington, DC. Come experience law librarian advocacy firsthand! During the morning training session, you’ll become an expert on our top priority issues and learn best practices for delivering your message. Then, you’ll put your knowledge into practice, attending pre-scheduled meetings with your members of Congress and/or their staff to advocate for AALL’s policy priorities.

Registration for the Lobby Day is free of charge for all AALL members and chapter members. Breakfast, coffee, lunch and an afternoon snack will be provided. Participants are responsible for providing their own travel and accommodations. Please email Elizabeth Holland at eholland@aall.org with any questions or register online by March 1.

AALL in the States