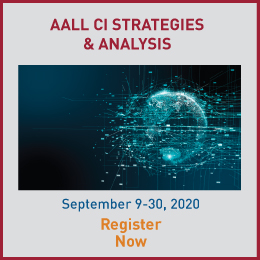 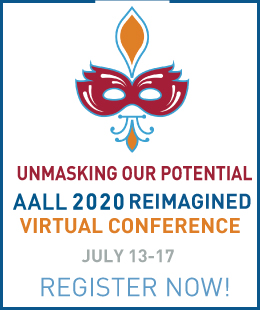 The leadership of the House Committee on House Administration has recently signaled its strong interest in updating Title 44 of the U.S. Code on Public Printing and Documents, including Chapter 19 on the Depository Library Program. The Committee has hired the former head of the Government Publishing Office (GPO) Robert C. Tapella (2007-2010) as professional staff to lead its review of Title 44. Since May, the Committee has held two oversight hearings of GPO where Title 44 revision has been raised, and more hearings are expected over the coming months.

The last major attempted update to Title 44 occurred twenty years ago with the Wendell H. Ford Government Publications Reform Act of 1998 (S. 2288). The bill, which was developed in close coordination with the library community, was reported out of the Senate Rules Committee but never received a vote on the Senate floor.

It is essential that AALL members make their voices heard during this review of Title 44 by submitting your ideas to Depository Library Council and to AALL Director of Government Relations Emily Feltren by August 31, 2017. Your comments will help AALL develop its position on any proposed changes.

There are many questions to consider when thinking about possible updates, including:

Whether you think no changes are necessary, specific revisions should be made, or a wholesale update is what is needed at this time, we want to hear from you. Thank you in advance!

Thank You for Championing Government Information!

Our appreciation goes to the many 110th AALL Annual Meeting and Conference attendees who sent postcards, tweets, and emails to their members of Congress in support of the funding requests of GPO and Library of Congress. Hundreds of messages were sent to Capitol Hill in support of these essential legislative branch agencies, and your messages to Congress helped secure adequate funding levels in the House-passed Legislative Branch Appropriations bill.

It’s not too late to speak out in support of access to government information and to encourage Congress to pass a fair final funding package for GPO and the Library of Congress. You can send an email to your members of Congress right now through our Action Center and show your support on social media by using #ChampionInformation, #ChampionJustice, and #ChampionKnowledge.