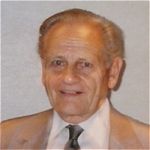 Peter always took an active interest in professional activities and encouraged his staff to participate as well. He was especially active as a member of the American Association of Law Libraries’ Standing Committee on Cataloging and Classification; he served as its Vice-Chair in 1974/75, 1975/76, and 1976/77. He encouraged the creation of a “Technical Services” special interest section and was a member of the bylaws group which established TS-SIS. He also organized the first Cataloging Big Heads Roundtable.

Peter liked to learn from the experts and share what he discovered. Some of the programs at the AALL annual meeting that he organized and moderated: “Legal Subject Headings after Day 1,” AALL 1981; “Is there a LeSH in Your Future?” AALL 1983; “Voices of LC Policy: a Conversation with Mary K.D. Pietris and Ben Tucker,” AALL 1986; and “Authority Control in Local Systems,” AALL 1989. Another accomplishment of which he was very proud was the 1980 AACR2 Cataloging Institute held in Carbondale, Illinois, which he co-directed with Phyllis Marion.

Not only did he help organize programs, he also made written contributions to the law cataloging field, even though English was his third language (after Hungarian and German). He was the “Subject Expert” in the beginning of The Law Cataloger (v.1 (Aug. 1975)) and continued as an editor of the subject column in Technical Services Law Librarian until 1986. His articles include “Subject Cataloging Practices in American Law Libraries: A Survey,” Law Library Journal 68 (1975): 11-17. With William T. Ford and Richard T. Iamele he wrote “Library of Congress Subject Heading Modification and Development of the Subject Authority File at Los Angeles County Law Library,” Law Library Journal 68 (1975): 1-10. He was the creator and compiler of Legal LC Subject Headings Weekly Lists from its inception in 1986 until his retirement in 1990. Notice that the word “subject” appears in so many of Peter’s activities. His intellectual interests focused to a great extent on subject analysis of legal materials.

I think that his most lasting and important contribution was as co-author of the 1st (1984) and 2nd (1989) editions of Cataloging Legal Literature. Peter tried for years to get committees and other groups together to work on such a manual for law catalogers. His drive finally got the publication on the road and to the presses working with other staff at the Los Angeles County Law Library.

Peter always told me that when he retired he was going to pursue wood working and photography, other loves besides law cataloging. But I’m happy to inform you that he couldn’t stay away completely. He is currently indexing German and Hungarian language articles for the Index to Foreign Legal Periodicals.