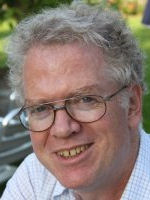 John is the Senior Continuing Resources Cataloger at Harvard Law School Library. His contributions to technical services law librarianship and the larger library community are profound and extraordinary. John has emerged as a leader in AALL’s TS-SIS Cataloging and Classification Standing Committee and the TS-SIS Descriptive Cataloging Advisory Working Group. In addition to contributions to AALL, his achievements in other national and international organizations have advanced cataloging theory and practice for law librarians worldwide.

From 2005 to 2011, John served as IFLA’s (International Federation of Library Associations and Institutions) representative to ALA’s (American Library Association) CC:DA (Committee on Cataloging: Description and Access). He is editor of the consolidated edition of the ISBD International Standard Bibliographic Description, published in 2011. This version merges and supersedes seven specialized ISBD titles into one text. Under the aegis of the Library of Congress, John has been active in the PCC (Program for Cooperative Cataloging). From 2012-2013, he served on a task force that produced a report proposing new methods of dealing with undifferentiated personal names in the catalog. In the same year, John participated in revising the CONSER (Cooperative Online Serials) module for legal serials. Since 2009, John has been AALL’s representative to the CC:DA. As a member of this group, he serves on various task forces, including those dealing with normalization of the rules for corporate and geographic names. His greatest tribute in this capacity is the creation and deliverance of a proposal, that led the JSC (Joint Steering Committee for Development of RDA) to approve RDA rule revision for access points for treaties (published in 2014).

John is known as a progressive thinker on cataloging theory; he is also noted as a gifted and generous teacher who has the ability to articulate complex rules to the practicing cataloger. He has presented workshops and webinars on cataloging law materials for AALL and ALA’s Association for Library Collections & Technical Services (ALCTS).

Librarians and seekers of legal information alike will reap long-term benefits from John’s exhaustive efforts. His work and service to the law library community and technical services librarianship are exemplary, and represent the Renee D. Chapman Memorial Award in its finest tradition. The TS-SIS Awards Committee is pleased to recognize John Hostage with this award.