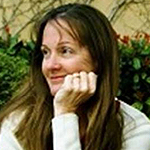 The Technical Services Special Interest Section Awards Committee is pleased to announce that the recipient of the 2022 Renee D. Chapman Memorial Award for Outstanding Contributions to Technical Services Law Librarianship is Melissa Beck. The award is presented to an individual or group in recognition of achievement in an area of technical services, for services to the Association, or for outstanding contributions to the professional literature. The characteristics that the Chapman Award recognizes are embodied by Melissa’s extensive contributions to AALL, the Technical Services and Library Systems Resources & Discovery Special Interest Sections, and technical services law librarianship in general.

Melissa was the Head of the Cataloging Section, Bibliographic Service, Hugh & Hazel Darling Law Library, University of California, Los Angeles until she retired in June 2021. Since joining AALL in 2008, she has brought her invaluable knowledge, innovation, dedication, and commitment to law librarianship and technical services in particular. The breadth of her contributions has been demonstrated by her contributions to professional literature; her many years of service and leadership on committees; teaching and presenting at local, regional, and national conferences and workshops; and her kindness which was a theme throughout the nomination letters received by the Awards Committee.

Even before entering law librarianship and joining AALL in 2008, Melissa had already made major contributions to cataloging and technical services. For example, she was the original author of Module 31 of the CONSER Cataloging Manual in the 1990s. This module described how to catalog electronic resources before we even knew what those were! All right, maybe not, but this was very early — before the widespread use of the web and HTTP addresses that are so ordinary to us today. She was also in the group that designed the CONSER Standard Record back in the early 2000s. Her work on the CONSER Cataloging Manual continued with major revisions to accommodate RDA in 2013-2014. She was on the teams for Module 3: Chief Source and Other Sources of Information; Module 34: Legal serials; and Module 35: Integrating Resources. She also served as the lead editor for Module 35.

Another major contribution was her work with Melody Lembke in 2016 to write the 4th edition of Cataloging Legal Literature, which some call the “Cataloger’s Bible.” This was a major endeavor since the 3rd edition was published in 1996. Melissa wrote the chapters on serials and electronic resources, which had significantly changed since 1996. As noted in one nomination, “It was a herculean task, undertaken for the betterment of the entire legal cataloging community.” She continued that community betterment by also co-writing the 5th edition in 2021. If that wasn’t enough, in 2021, Melissa and Melody were awarded the AALL Joseph L. Andrews Legal Literature Award for their work on Cataloging Legal Literature, 5th edition.

As an active member of TS-SIS, Melissa has made enormous contributions to making life better for technical services librarians. Melissa served on the Cataloging and Classification Standing Committee (CCSC) from 2008 through 2018 and continued her work when the new Metadata Management Standing Committee (MMSC) replaced the CCSC. During her time on the MMSC, Melissa and other members of the committee worked tirelessly to reorganize the advisory groups. When three of the advisory groups were disbanded, Melissa not only volunteered to chair the newly created Metadata Policy and Standard Advisory Group (MPSAG), but she also volunteered to draft its purpose, mission, membership responsibilities, and structure. It was mentioned in her nomination that, “It is not an overstatement to say that the transition from the old leadership to the new leadership and the current organization of the MMSC wouldn’t be possible without Melissa’s indispensable contributions.”

In the fall of 2014, during her time on the Descriptive Cataloging Advisory Working Group, she worked with two other members when they were tasked with developing best practices for constructing and qualifying authorized access points. This was an area where guidance and best practices for law catalogers were needed. During the 10-month project, it was determined that with the many complex issues uncovered in the investigation, they shifted their focus to creating a discussion paper rather than a best practices document. It was stated in yet another nomination letter that “Melissa’s contributions to this project were invaluable: carefully researched, thoroughly thought-out, and well documented.” The final version was submitted in July 2015.

Melissa also demonstrated her commitment to the profession by teaching and helping her peers learn how to understand and catalog under the new Resource Description and Access (RDA).Many were anxious about using this new cataloging code after using AACR2 for so many years. She was the Coordinator and Presenter for two day-long preconference workshops before the annual meetings in Boston in July 2012 and again in Seattle in July 2013. She also served as UC CONSER Funnel Training Coordinator from 2006 until she retired in 2021. In this role, she trained serials catalogers at various campuses in CONSER cataloging.

In addition to the kudos mentioned above from her colleagues who nominated her, there was one theme that stood out throughout the letters which you will appreciate after reading some of the comments. One colleague said, “Throughout her career, Melissa has been unfailingly generous to the law library community and the library community at large with her time and expertise.” Another expressed, “Melissa is a wonderful colleague and mentor to many in the profession. She is extremely kind, modest, gracious, good-natured, knowledgeable, approachable, and has a great sense of humor.” This last one sums up the theme: “Melissa is one of those librarians that you feel lucky to know and feel even luckier to have worked with or learned from. There are just not that many technical services law librarians like her.”

On behalf of the TS-SIS Awards Committee: