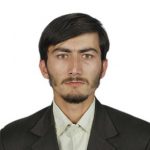 In addition to reference work and teaching, Mr. Masoud is extensively involved with the library’s technical services operations. He has played an instrumental role in facilitating access to legal information in Afghanistan by building and maintaining acquisition lists of primary and secondary legal resources (in Dari, Pashto, Arabic, and English) and continues working with ARoLP technical staff to bring the library catalog online. Furthermore, Mr. Masoud established and administers an unprecedented depository program for the automatic submission of documents from the Afghanistan Ministry of Justice, Attorney General, and Supreme Court. Mr. Masoud has attended several workshops and training sessions in Afghanistan and Pakistan (where he was formerly employed as Senior Librarian at the Institute of Arabic Language in Peshawar), however, the July 25-28, 2009 American Association of Law Libraries (AALL) Annual Meeting in Washington, DC will be his first international conference.

Mr. Masoud is interested in discussing the state of libraries and librarianship in Afghanistan with AALL attendees. He is particularly eager to provide first-hand information about the legal system of Afghanistan, the process of building a new law library after thirty years of war, acquiring publications from governmental organizations which do not have a history of making information public, and the difficulties presented by the need for cataloging software that can accommodate the Dari and Pashto languages. The 2009 FCIL Schaffer Grant Committee believes that these insights will be valuable to both FCIL-SIS members and the AALL membership as a whole.

Mr. Masoud is encouraged by the knowledge that most of the issues that his library faces as a new and growing institution have already been encountered and resolved by many of the law librarians attending AALL this summer. Consequently, he is eager to meet and learn from professionals in every field of librarianship, especially cataloging and other aspects of technical services, since they present some of the biggest challenges for the ARoLP. For example, in Afghanistan, electronic catalogs are still in the early stages of development and are not accessible to all segments of the population. Moreover, a lack of standardized cataloging rules means that even easily accessible library records can be very inconsistent.