CONGRATULATIONS TO GLORIA ORREGO HOYOS! – THE RECIPIENT OF THE 2011 FCIL SCHAFFER GRANT FOR FOREIGN LAW LIBRARIANS 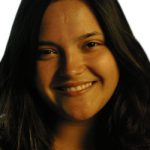 Ms. Gloria Marcela Orrego Hoyos is the Legal Reference Librarian and a Professor of Law and Legal Research Methods at Biblioteca Max von Buch, Universidad de San Andrés in Buenos Aires, Argentina. As a librarian there since 2004, she helps patrons find domestic and foreign law; oversees the library’s legal database subscriptions; organizes, promotes, and delivers library instruction to the university community; maintains and updates the online reference service; and is involved in a project to create a unified citation system. As a Professor of Law since 2008, she teaches legal research and is responsible for ensuring legal information literacy. Ms. Orrego Hoyos earned law degrees from the Pontificia Universidad Javeriana College of Law in Bogotá, Colombia, and the Universidad de Palermo in Buenos Aires. Also, she has a librarianship diploma from the Universidad de Ciencias Empresariales y Sociales in Buenos Aires. Ms. Orrego Hoyos is a member of the Asociación de Bibliotecarios Jurídicos de la Argentina (Argentina’s Legal Librarian Association), has published significant scholarship, has contributed as a researcher to the scholarship of colleagues, and has translated from Spanish to English the scholarship of others.

Ms. Orrego Hoyos is eager to meet law librarians and other legal information professionals from around the world. She is interested in educational programming opportunities, especially discussions about the necessity for law librarians to have a law degree. She is also interested in learning more about open source institutional repositories and collaboration tools because her library has been developing related projects over the past year. Ms. Orrego Hoyos eagerly anticipates the opening session with keynote speaker Dahlia Lithwick, someone whose work she closely follows.

Attending AALL will give Ms. Orrego Hoyos numerous networking opportunities to promote cooperative efforts of her library and other libraries associated with her university. Afterwards, she plans to conduct a workshop to share her experiences with colleagues at the Biblioteca Max von Buch, Asociación de Bibliotecarios Jurídicos de la Argentina, and the consortia to which her library belongs. She believes that learning from other AALL attendees will help her library review and improve the information literacy of its patrons and encourage the future participation of her colleagues.

Ms. Orrego Hoyos will give a talk entitled, Never Again, Never Forget: The Role of Libraries and Archives in Reconstructing Memory of Argentina’s Dirty War, at Executive Committee Presents on Monday, July 25, 2011, 12:00-1:00pm, PCC Room 112(B). This event is open to the entire AALL community.

From 1976 to 1983, Argentina suffered through a military dictatorship and program officially called the Proceso de Reorganización Nacional (National Reorganization Process), and sadly known as the Guerra Sucia (Dirty War). During The Process, which was born amidst violent, factional military and civil conflicts, thousands of people were arrested, tortured, murdered, and disappeared or forced into exile. After democracy returned to the country, Argentine society demanded to know the truth about the child kidnappings, the civilian repression, and the destiny of all of those missing (as many as 30,000 people) during the military regime. However, in the early 1980s, while still in power, the military had attempted to destroy all documents and physical evidence related to The Process, so information was thought to be scarce.

It took over 20 years to start a civil reconstruction of memory, to begin the institutional search for the abducted children, and to advance the judicial causes against the soldiers and the Junta Militar (Military Junta) who carried out this regime of terror. From the beginning, libraries and archives became sources of law and sites of information, contributing directly to the formation of democratic values, and ensuring the protection of all evidence (documentary, audio-visual, and physical) that allows for today’s prosecution of those responsible for killings, abductions, and enforced disappearances.

The labor of librarians and archivists contribute significantly in the construction of the new, democratic Argentine society. Argentina’s libraries and archives serve as a source of evidence for the the enforcement of human rights. The librarian is a direct contributor in the formation of heritage, values, memory, identity and knowledge through the preservation and facilitation of access to documentation and research support in this historical process.

There, where word was silenced by censorship, where prescribed rights were denied by oppression, the librarian and the archivist became facilitators of social construction of memory.

Please join us in welcoming Gloria Marcela Orrego Hoyos to Philadelphia this summer!

We hope you will join us for what promises to be a fascinating visit with Gloria Marcela Orrego Hoyos at Executive Committee Presents on Monday, July 25, 2011, 12:00-1:00pm, PCC Room 112-B. This event is open to the entire AALL community.