Thanks to all who entered!

The Preservation Standing Commitee's 2017 Worst Book Contest Winner is the Western Michigan University Cooley Law School Library. Their entry, a signed first edition of Gideon's Trumpet by Anthony Lewis (copyright 1964), was submitted by Aletha L. Honsowitz, Head of Public Services. The book was originally donated to the WMU-Cooley library by an Alumni.

Aletha writes "This book was returned by a faculty member without even commenting on the damage. Half of the front cover was cut off, there are obvious chew marks on the top right corner of the book, more chew marks on the lower right corner and the top of the spine. I don't even want to speculate what caused the yellow coloring on the top edge of the book. When asked about the condition of the book after returning it, the faculty member stated that his dog likes to chew things." Aletha asked "How do you replace a signed first edition when the author is no longer living? The book is irreplaceable." 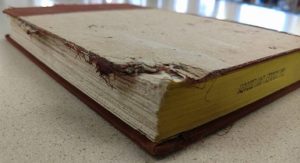 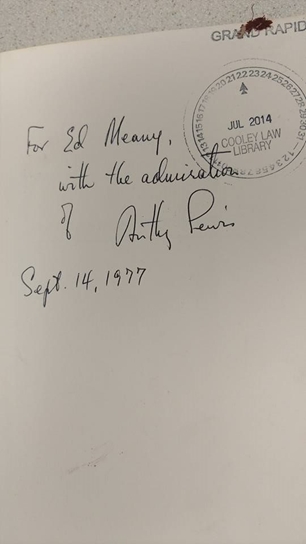 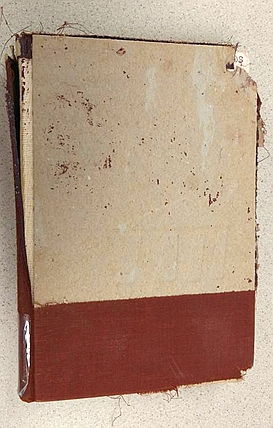