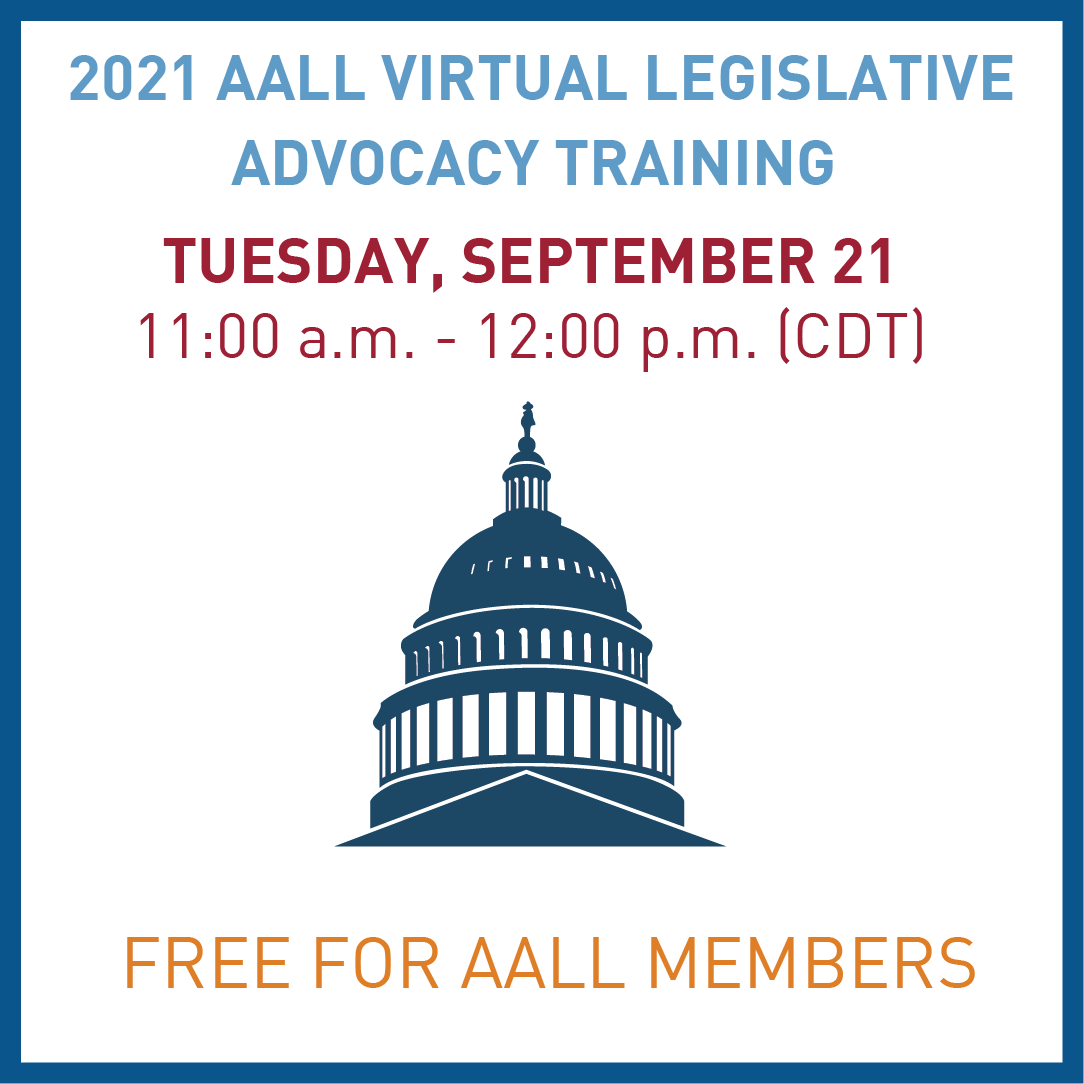 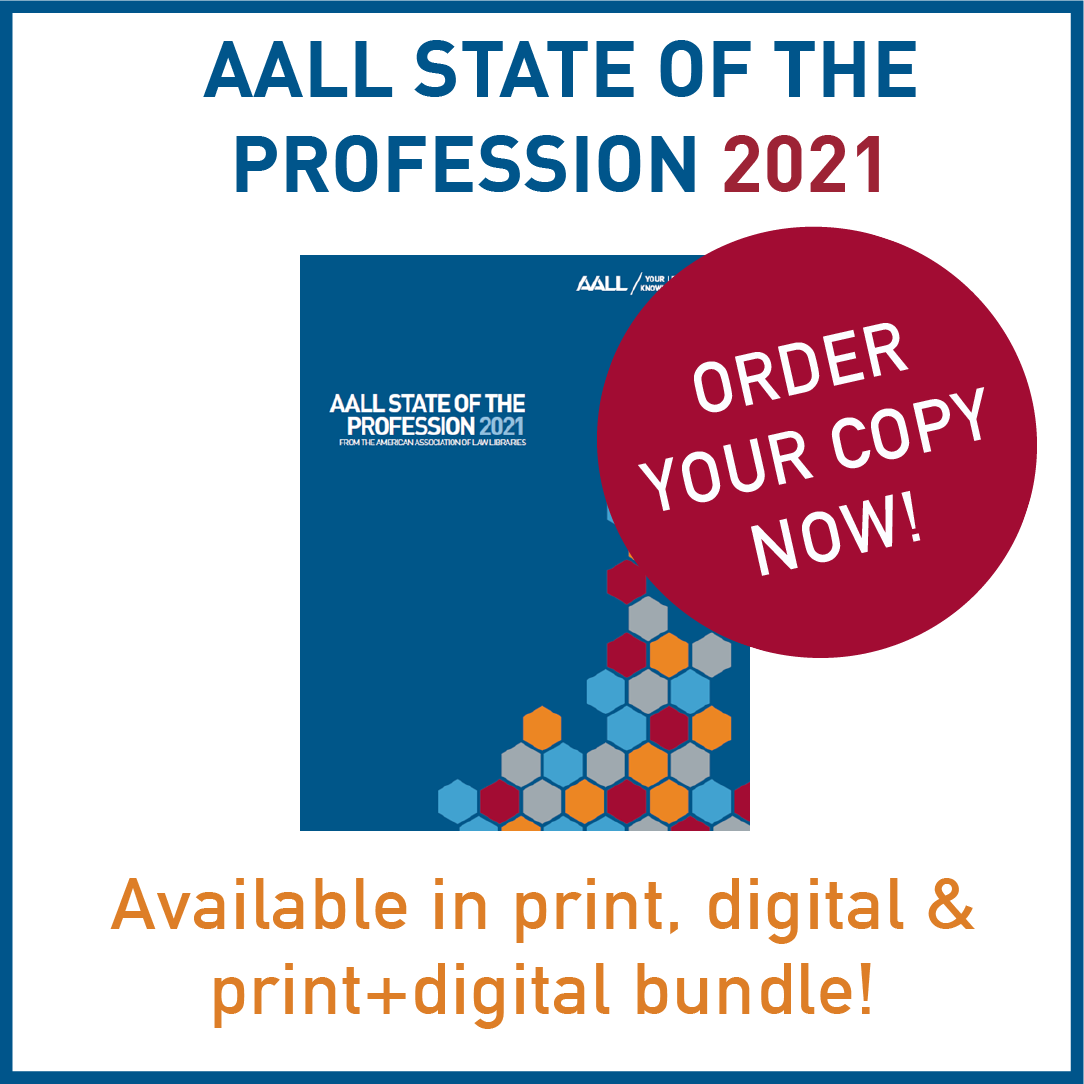 A principal tenet of the American Association of Law Libraries is the right of equal access to information for all to ensure an informed citizenry and to promote a just and democratic society. Established in 1998, the Public Access to Government Information Award is given to recognize persons or organizations that have made significant contributions to protect and promote greater public access to government information.

Recipients of the award may be an individual or organization. Members of the AALL Government Relations Office are not eligible. Recipients need not be law librarians or members of AALL.

The deadline for nominations is March 1, 2021. Please email the nomination form and supporting documentation as a single PDF to Emily Feltren.

Frequency and number of awards: The award may be presented annually, but there is no requirement that the award be given each year.

The award shall be presented during the AALL Annual Meeting, and it will be given in the name of the Association. It will consist of an appropriate memorial to honor the achievements of the individual or organization.